In fiction writing, dialogue is more than conversation, so make your dialogue work for you. Unlike real-life conversation, dialogue builds your plot and characters. It’s heavy with subtext and packed with conflict.

Have you noticed that commercial fiction is dialogue-heavy? Readers expect scenes (showing) rather than narrative (telling.) This means there’s lots of dialogue and every word of dialogue is an opportunity to create drama.

Dialogue (is) part of an ongoing world, not just voices in a dark room. Never say the obvious. Skip the meet and greet.

In your next draft, focus on building conflict and suspense. Make your evil antagonist even more evil. As I suggested in Writing Fiction Tip: Make Everything Worse For Your Hero:

… with a truly evil bad guy, your book will (almost) write itself. And you’ll have more fun. Where would the 1001 Dalmatians be without Cruella de Vil, after all?

Let’s look at some tips to help.

I’m a pantser, rather than an outliner. However, before I write a scene, I tap out a few sentences, describing:

Invariably, the scene departs from any itty-bitty list outline. But outlining isn’t a waste of time, even if the scene goes in an unexpected direction. Look at the outline as a trip plan: a destination and driving directions.

2. Later drafts: focus on the elements of fiction

After using the process of first draft (get the story) and later drafts (build your fiction), one of my students reported: “Writing’s much less stressful for me now; I don’t procrastinate as much either.”

I used to call the second draft of a novel the “thinking draft”, because in this draft, you focus on changes, deletions and additions.

Here’s a strategy you can use. Take several passes through your draft, each with a specific focus: characters, settings, etc.

Dialogue is your final pass. You’ll get lots of ideas for punching it up in earlier passes. Just enter ideas right into the text.

3. Read your dialogue aloud, then play with it

When a weeks-long episode of laryngitis meant that I couldn’t speak above a whisper, I wrote little. Not only because the illness sapped my energy, but also because I couldn’t talk.

I realized how much I use my voice when writing, not only to dictate drafts, but also to read aloud.

Reading aloud has many benefits. According to a study, it can even improve memory:

You are more likely to remember something if you read it out loud, a study from the University of Waterloo has found.

Improve your fiction when you build up the dialogue

Writing isn’t typing. It’s a process. Take it step by step, building characters and plot, suspense and dialogue as you go.

Try the above tips, and happy writing. 🙂

Commercial Fiction Secrets: Plot Your Novel In 60 Minutes Or Less

Does the thought of developing a plot for your novel make you cringe? You need a plotting method that’s fast, simple and organic. By organic, I mean that you allow your characters to develop and help you to plot the novel.

This program teaches you no-fail plotting: you can plot a novel in an hour.

Your books aren't selling. You've done everything right, but you may have missed an essential element of bestselling fiction...

That element is suspense.

Map It: For Writing Success — Fiction And Nonfiction Outlines Made Easy

If you think you can't outline, you're wrong. You can create wonderful outlines which work for you: write more, and publish more.

Try writing in series. Your audience loves to binge on entertainment, whether it's a series on a streaming service, or a series of books. Marketing series fiction and nonfiction is much easier than marketing standalone books.

If you've heard that authors are successfully publishing their fiction as serials, and are curious about how it's done, read on. Readers enjoy serial fiction today, as they've done for centuries.

Copywriter and marketing pro Angela Booth maintains a busy copywriting and ghostwriting practice. Fascinated by online marketing, she wrote one of the first business books for internet marketing, published by Allen & Unwin. She’s been an enthusiastic blogger since the late 1990s.

Short Fiction Secrets: How To Write And Sell Short Stories

Step By Step To Fiction Which Sells: Plotting And Scene Magic

Your books aren't selling. You've done everything right, but you may have missed an essential element of bestselling fiction...

That element is suspense.

Yes, You’re Creative: How To Unlock Your Imagination And Build The Writing Career Of Your Dreams

Creativity is essential for writers.

In this book release your creativity to unlock your imagination and build the writing career of your dreams. 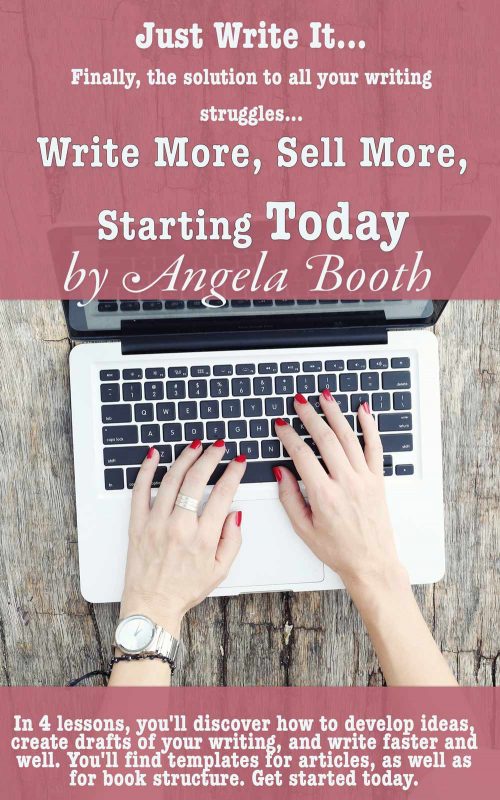 This book will help you if you'd like to write more, more easily.

If you already have a writing career, but feel that you're not living up to your potential, this book will help you, too. 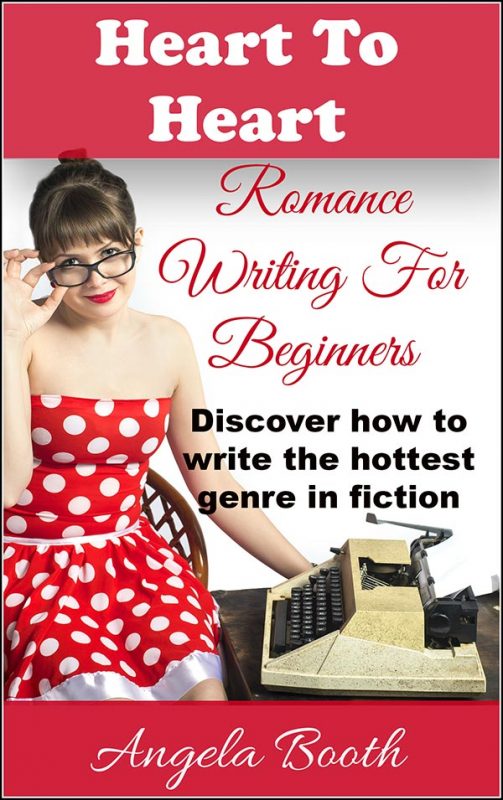 Wondering whether you can write romance fiction?

If you've heard that authors are successfully publishing their fiction as serials, and are curious about how it's done, read on. Readers enjoy serial fiction today, as they've done for centuries.

The Easy-Write Process changed my life; I developed it over several years of struggling with writing. Try it: it works for all types of writing, whether you're writing books, blogging, or self-publishing.

Freelance Power: If You Can Write, You Can Make Money

Freelance Power is a brand new 12-week coaching course for new and established writers. In 12 weeks, you’ll build the writing business you want. You’ll have no ceiling on your income. And I’ll be with you every step of the way.